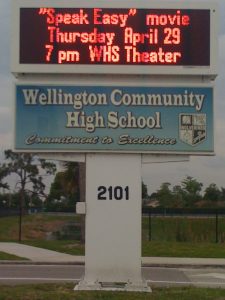 Synopsis: A dueling high school debate champion duo who are trying to realize their plans to get into the colleges of their dreams.

Featured debate: Lincoln-Douglas, along with persuasive speaking, dramatic interpretation, and group interpretation/reader’s theater. Forensics is seen from an outsider’s perspective as the trio find themselves misfits at both their school and at their first big-city competition.

Synopsis: Four duo interpretation teams from four different states are tracked over the course of one year, culminating at the National Speech and Debate tournament in Las Vegas.

Synopsis: A successful New York news producer returns to her Louisiana roots after tragedy strikes, and finds herself reminiscing about high school debate.

Synopsis: Director Debra Tolchinsky follows the Northwestern University policy debate team and asks: why are they talking so fast?

Synopsis: Hal Hefner, a shy student with a stutter, is recruited to the high school policy debate team after its star competitor drops out of school.

Synopsis: Latina-Jewish Jordan Landa finally found her place in the competitive world of policy debate. But can she balance her family’s expectations, her budding romance, and the pressure of competition?

Featured Debate: High school and intercollegiate policy debate. Director Jessica Kavana Dornbush was a former national debate champion and Harvard University debater and based Love and Debateon these experiences. As the film tracks Jordan’s progress, she encounters conflicting philosophies about policy debate and develops her own.

Featured Debate: Unspecified individual debate event. Justin takes a debate class and transforms from a shy speaker to a reckless but skilled star debater over the course of the film.

Film Synopsis: The Kentmont College Debate Team members come from different worlds, but come together with one goal: to win the national debate championship.

Featured Debate: Intercollegiate policy debate. The film was partially based on the UCLA CEDA debate team and was shot at Pepperdine University.