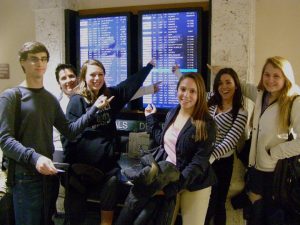 Tournament travel varies, depending on the tournament. There’s sort of a “tier” system, which looks like this:

LOCAL CIRCUIT: there will be monthly tournaments on the “local” circuit (PBCFL), each on a Saturday – one each in September, October, November, December, January, February, and April. These tournaments take place in Palm Beach County or Martin County. All are one-day tournaments. Travel for these is essentially “on your own” – car pooling, parental driving, or student driving (ONLY within Palm Beach County, and ONLY if allowed by the parents), with all paperwork on file.

Local tournaments are “all-day” affairs; students need to be on the host school campus by 7:30am that day. Rounds start promptly at 8am, and the awards ceremony will usually be over around 4pm. We also have “afterglows” following these tournaments; see information below.

REGIONALS: when we go to tournaments in Ft. Lauderdale or Miami, we generally arrange car pools ahead of time. Students are not allowed to drive out of county.

OUT-OF-AREA WITHIN FLORIDA: Orlando, Gainesville, Tampa, Jacksonville, etc. definitely fall here – we try to do a charter bus for these tournaments, with adult chaperones, with a 1-to-10 ratio (adult-student). We usually travel with other area programs, to lower transportation costs. 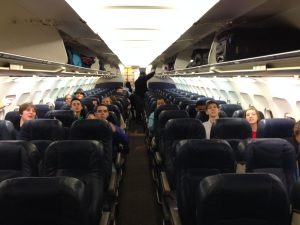 OUT OF STATE: we book airline tickets for tournaments that are out of state. Again, adult chaperones may be needed. Not including national championships, out of state tournaments likely include New Haven, CT (Yale, mid-September), New York City (The New York City Invitational at Bronx High School of Science, mid-October) Washington, D.C. (George Mason University, early December), Atlanta (Emory University, late January), and Philadelphia (U-Penn’s Liberty Bell Classic, mid-February). While these are geared primarily for varsity students, novices are welcome to attend most of them (as entry spots are available and program policies allow).

Competition at a specific number of local tournaments is REQUIRED in order to represent Wellington Speech & Debate at various “national” tournaments. It doesn’t matter how many years you’ve debated, whether you’re an officer, or how many trophies you’ve won. THIS IS NON-NEGOTIABLE. It is imperative all students attend and compete at the “local” circuit – it helps you improve your craft, try new arguments, support and mentor novices, and be a team player.