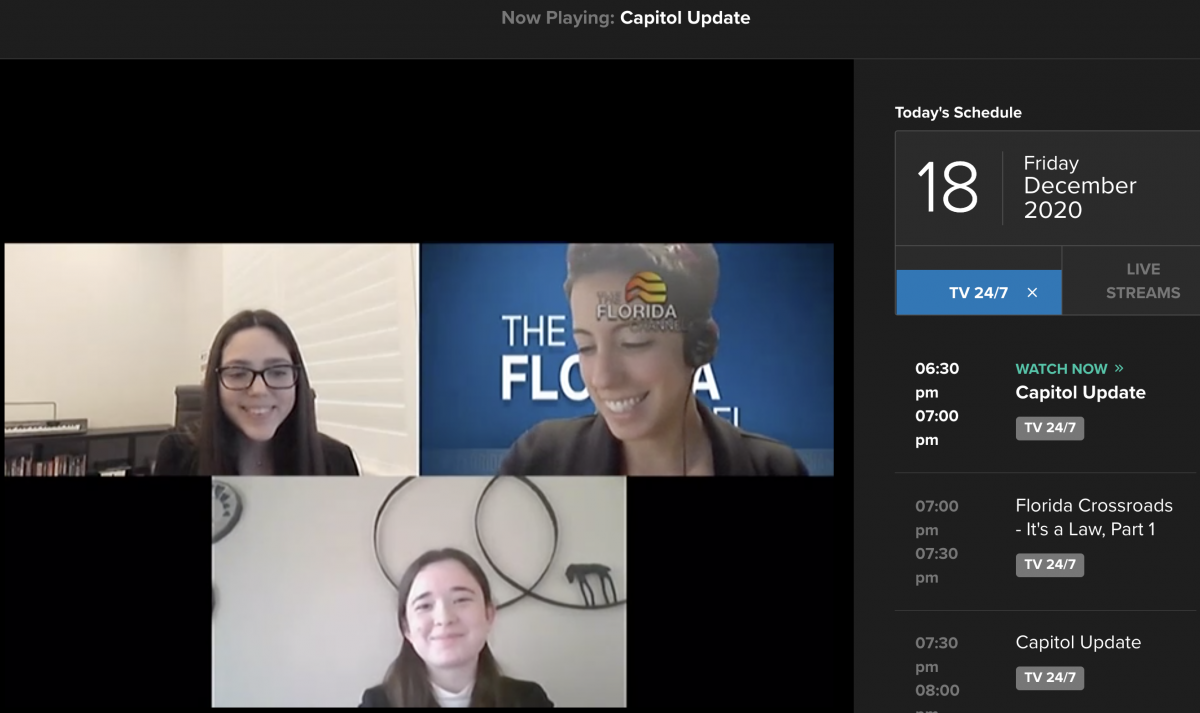 Every legislative session, state Representatives are allotted six bills that we get to file on behalf of our constituents. However, this year, they added a seventh bill slot, and Rep. Matt Willhite offered up that extra option to students in his district.
Two juniors on the Wellington Speech & Debate Team – Carolina Aguilera-Garza and Sofia Lynch – submitted a legislative idea to Rep. Willhite as part of his 2020 “How an Idea Becomes a Law – Student Competition.”
The legislation our students have proposed is that there should be access to free menstruation products across Florida. They put together and submitted a 13-slide PowerPoint with tons of stats and facts as to why this should happen. They put together the entire presentation independently, with no micromanagement and minimal input from me; I was not even aware of their topic until they sent me the PowerPoint to forward to Rep. Willhite’s office.
The students were interviewed for The Florida Channel’s “Capitol Update” program, and will appear on tonight’s broadcast. The show airs at 6:30pm and 7:30pm tonight and can be viewed at https://thefloridachannel.org/
I could not be prouder of Carolina and Sofia